In suspense: a well-zoned loft

Helmer Molenaar and Muriël Kok had the striking idea to suspend two rooms in their double-height Superloft, allowing abundant light to shine straight through the loft, leaving a high and airy ceiling above the dining room, and creating cosy alcoves beneath the rooms.

“By thinking very carefully about the use of your house, the desired layout will more or less come naturally,” says Helmer.

Seeing the floor-to-ceiling windows as the ‘front’ of the house, Helmer and Muriël placed the dining table there, as well as the staircase. The bedrooms, requiring less daylight, are then tucked away in the back of the house.

“The principle of this design was that we consciously chose to be able to open everything from the front to the back so that you can look unobstructed from one side to the other. If someone buys our loft from us in later years, they can easily design their own home again in this space. It’s just a matter of creating a floor somewhere,” he says.

In fact, Helmer and Muriël have already added their first ‘update’ to the space: a vide on the side of the balcony that creates an indoor terrace that overlooks the neighbourhood outside.

Cleverly, they left the low space underneath the rooms as a cosy lounge to watch films and play piano, left a large open living area with the balcony that is wide and open for the dining table, and created a kitchen in the walk-through passageway, which connects the two spaces.

Muriël was keen to have a large kitchen at the heart of the house. She was also in charge of the colour use, together with architect Martijn Frank Dirks. While they wanted a minimalistic look, they also wanted the space to feel warm, which they achieved through a playful use of colour on the walls, which have become a feature in themselves.

The couple appreciated that architect Martijn Dirks (www.studiomfd.nl) helped bring their vision to fruition, without imposing his own architectural style on the design.

“I think the Superloft project where you can organize your house outside of the developer, from the architect, is a very interesting construction. As a consumer you are at the helm. You can make your own world.” 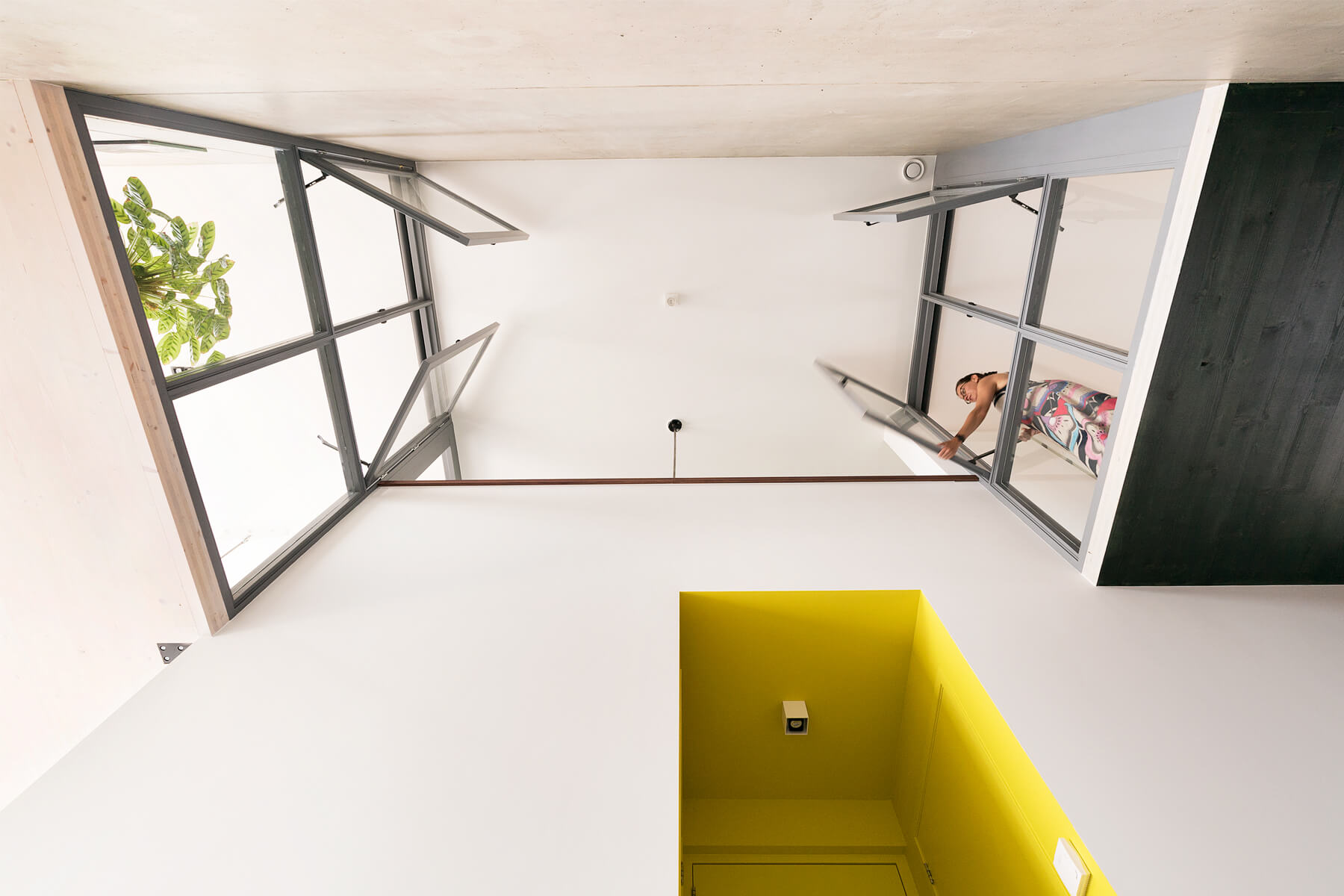 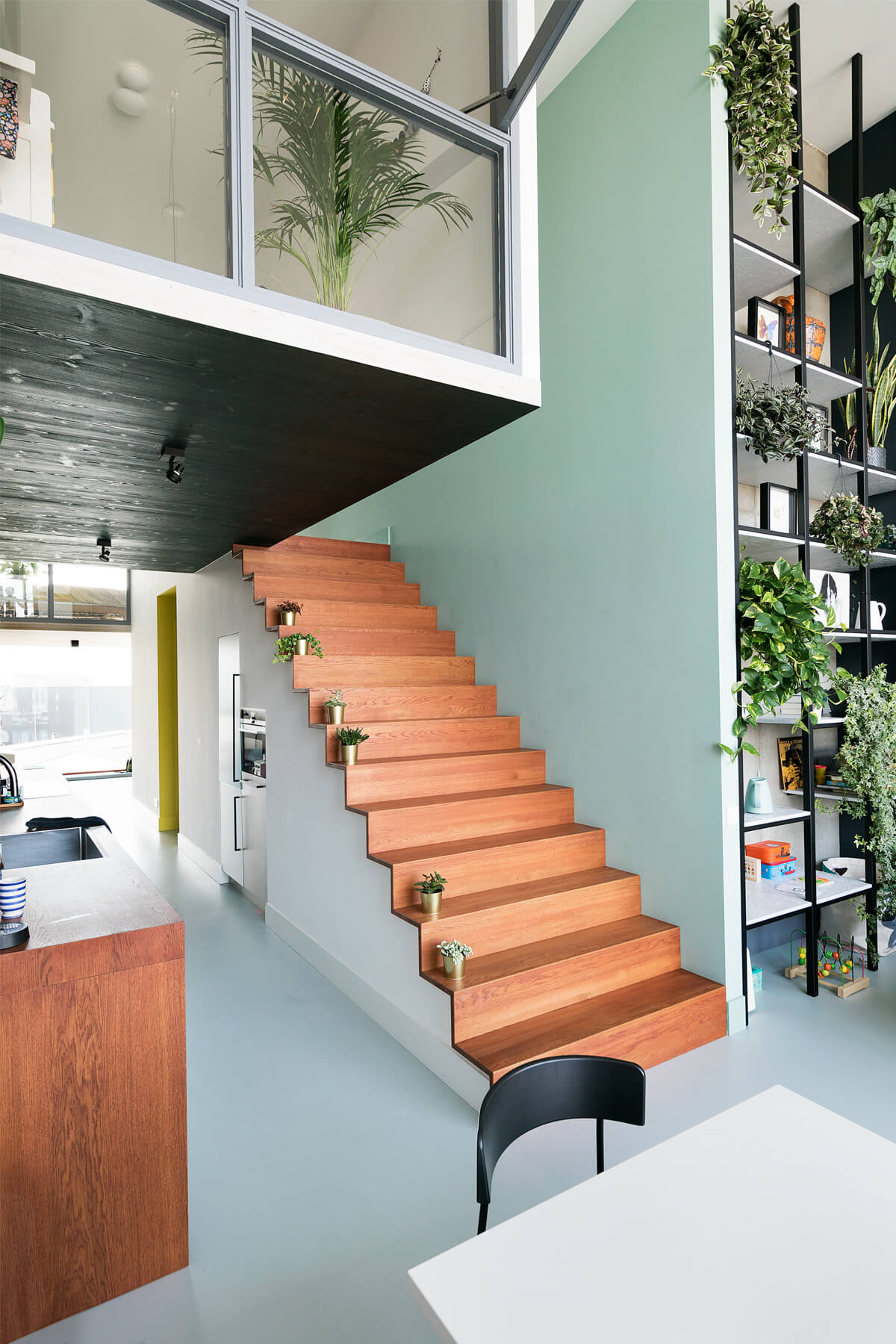 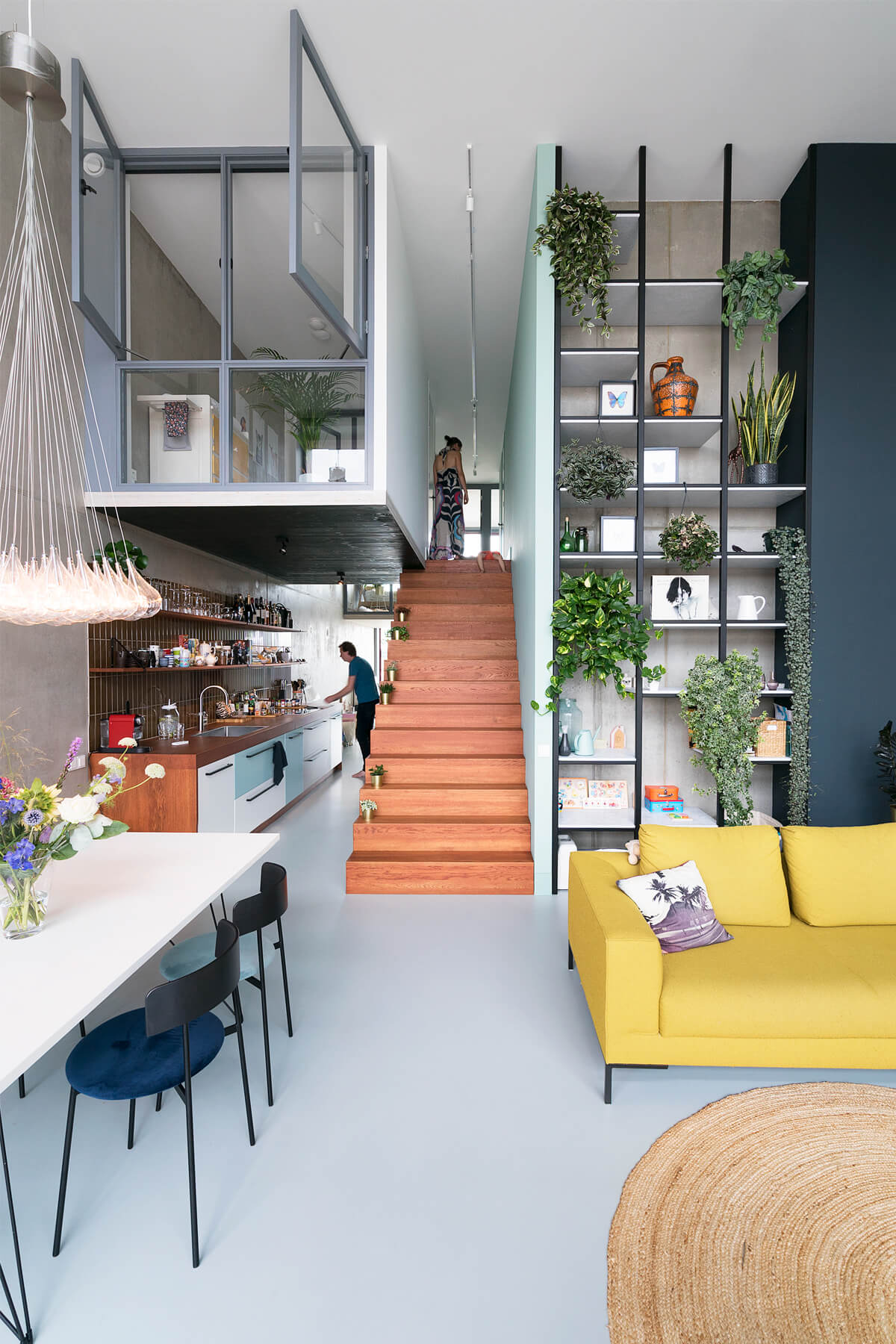 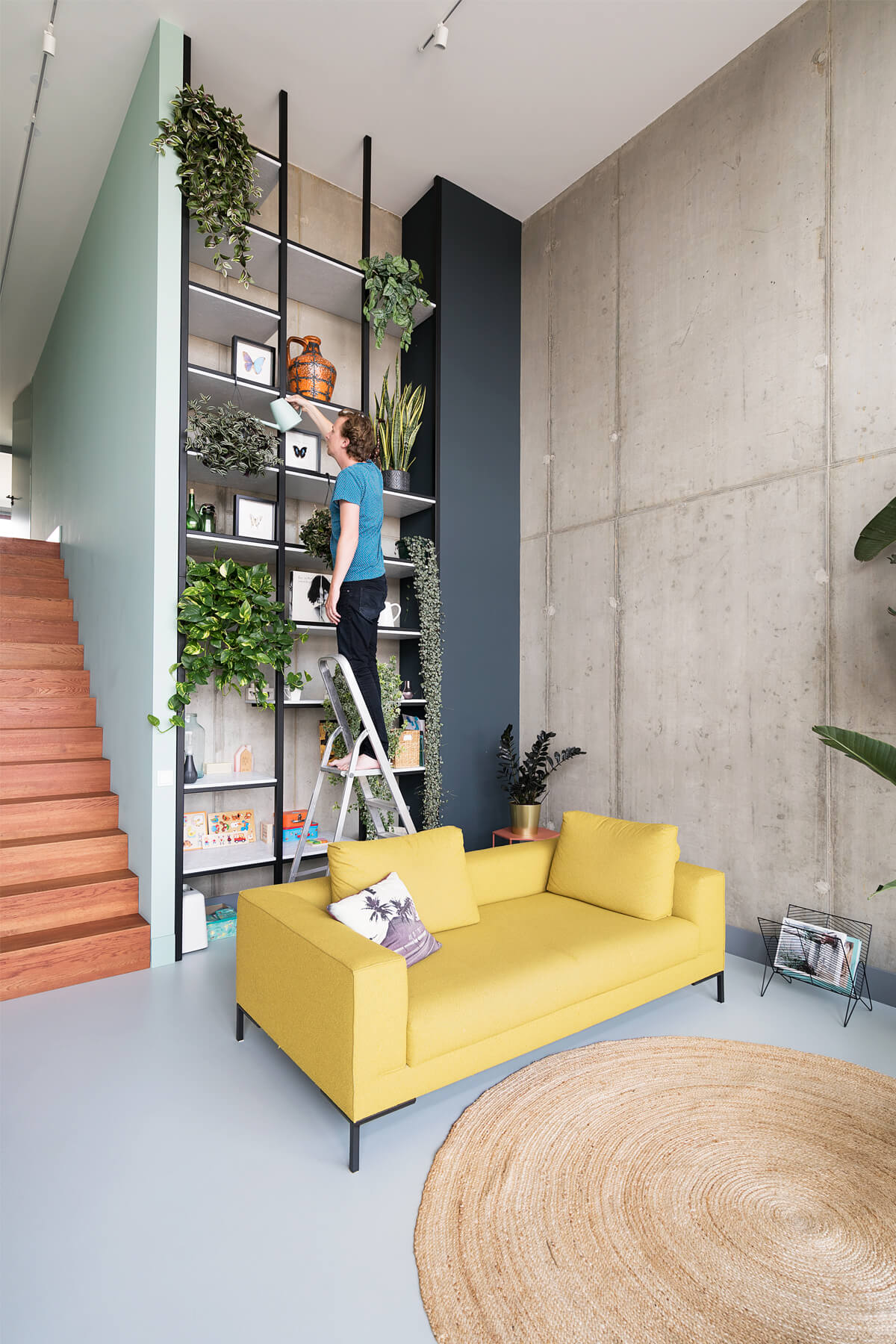 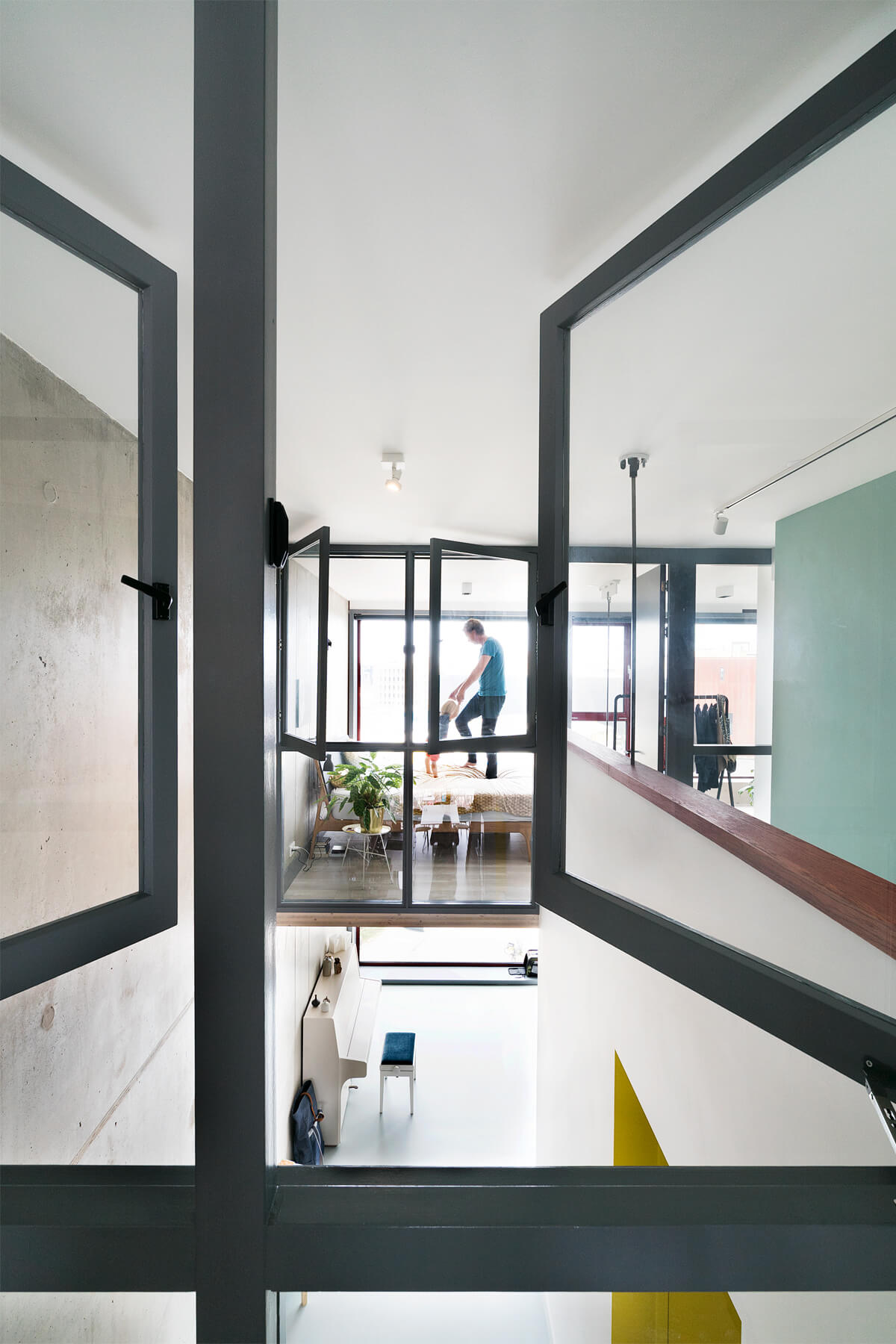 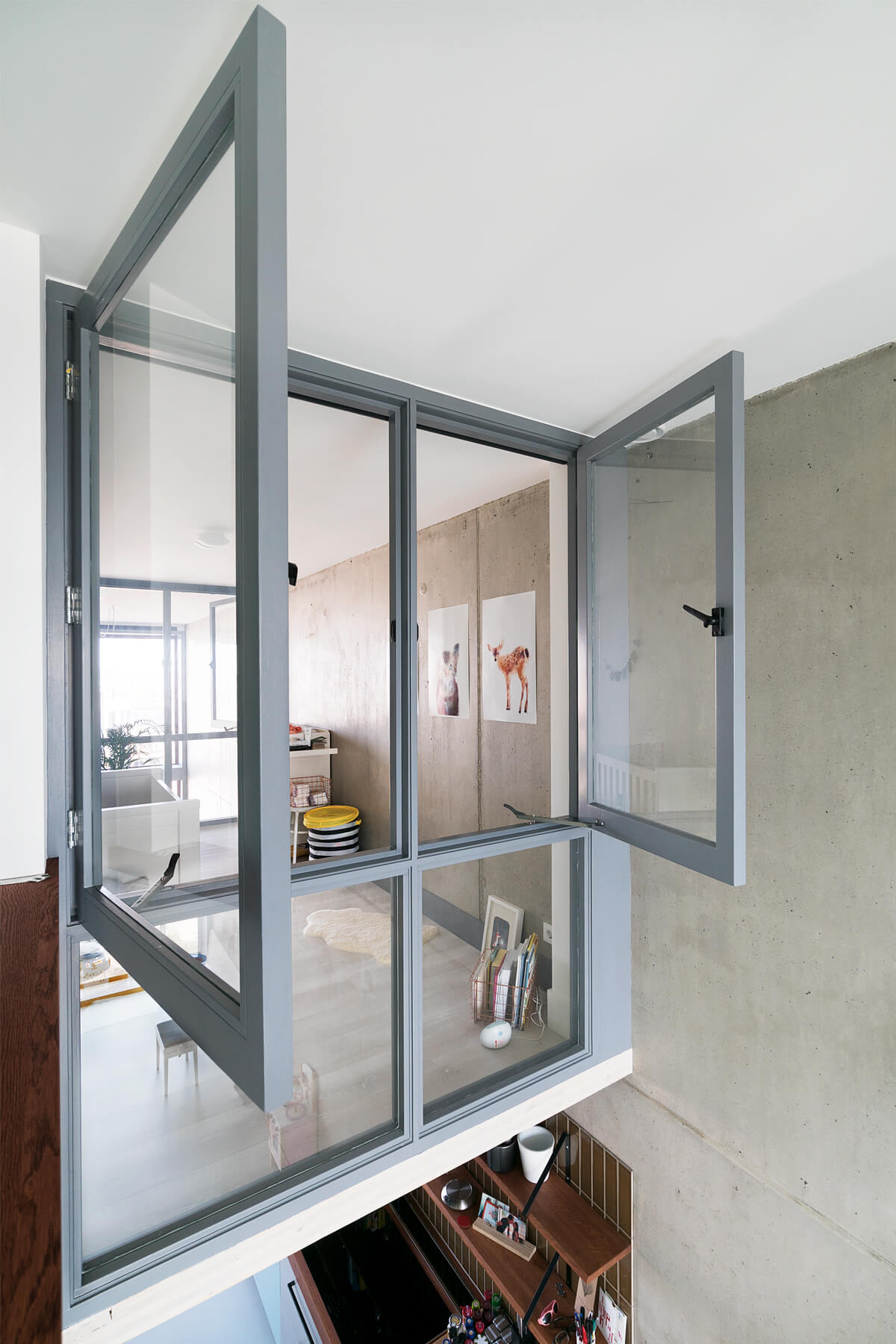 Designed to be climate neutral, the building integrates state-of-the-art sustainability features, including CO2 directed vents, solar panels, geo-thermal pumps, floor cooling with water from the canals, remote controlled sun shutters and shared mobility and e-mobility options. The external facade is a prefabricated system with an aluminum frame and triple-glazing infill. Facade openings are customised to each unit layout, while the protruding concrete frame shields balconies for privacy and prevailing weather conditions. 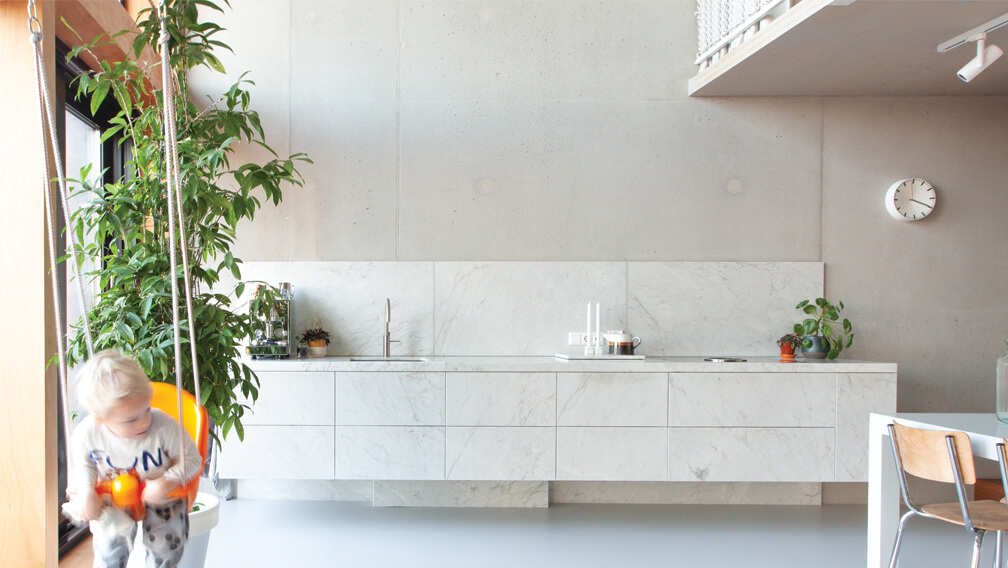 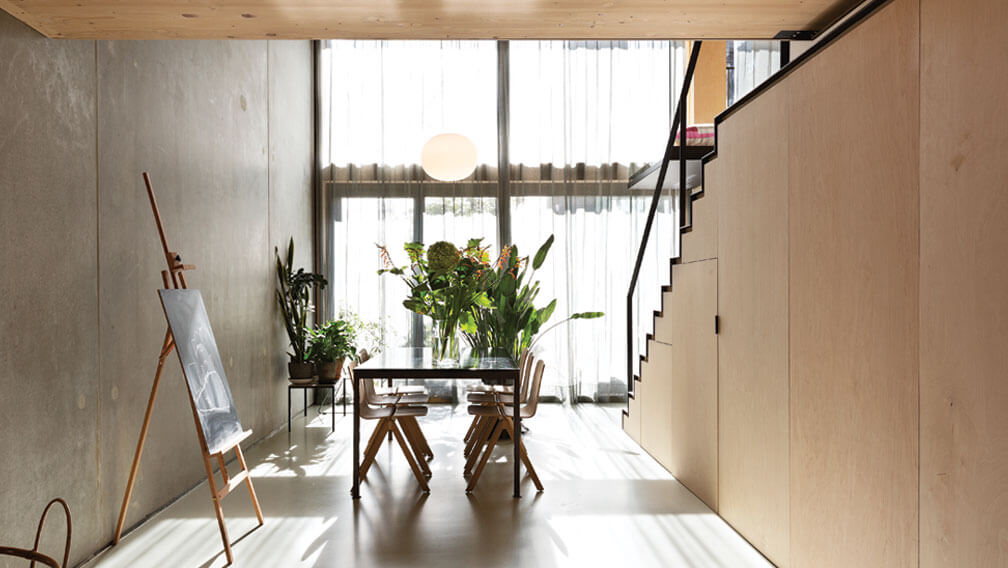